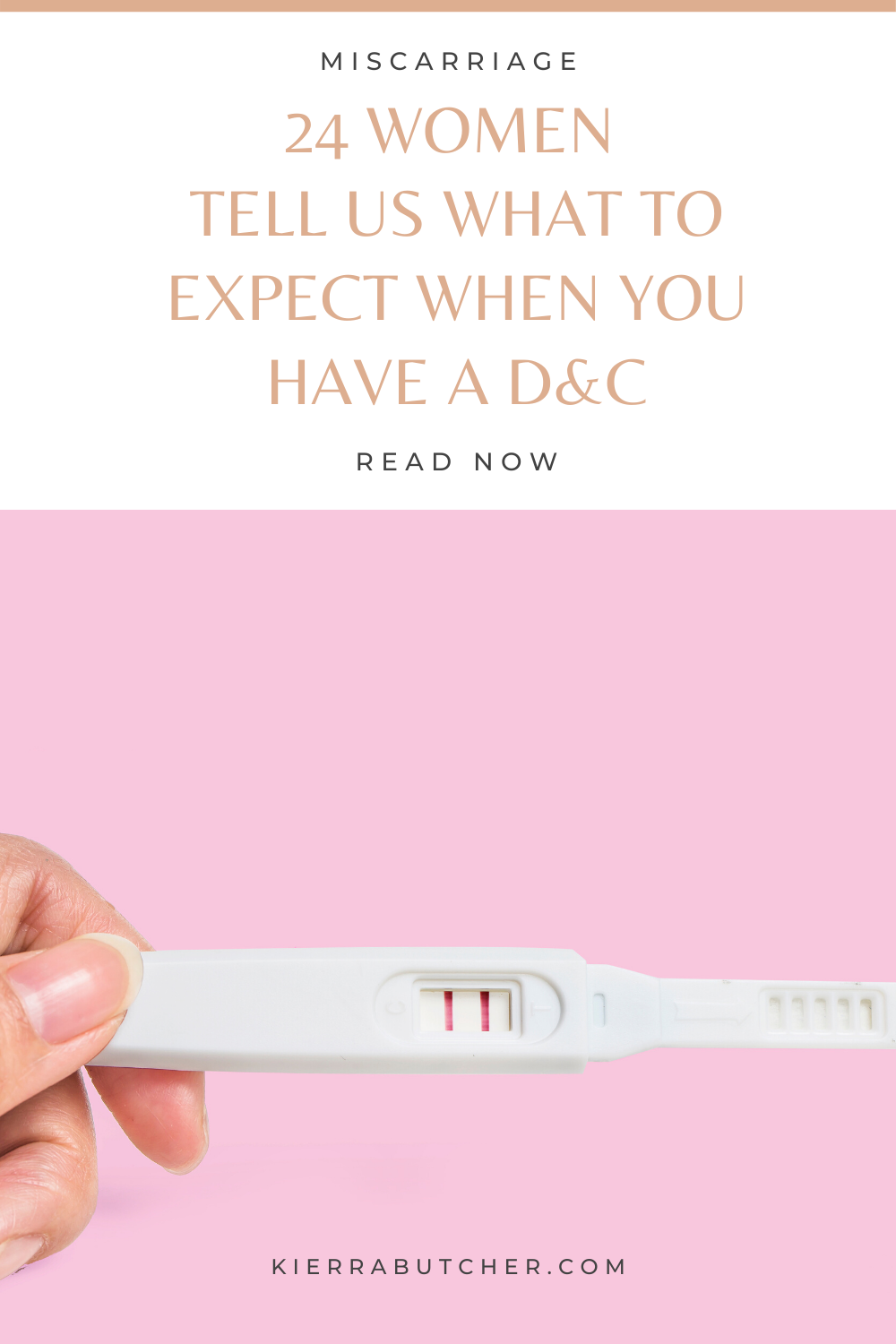 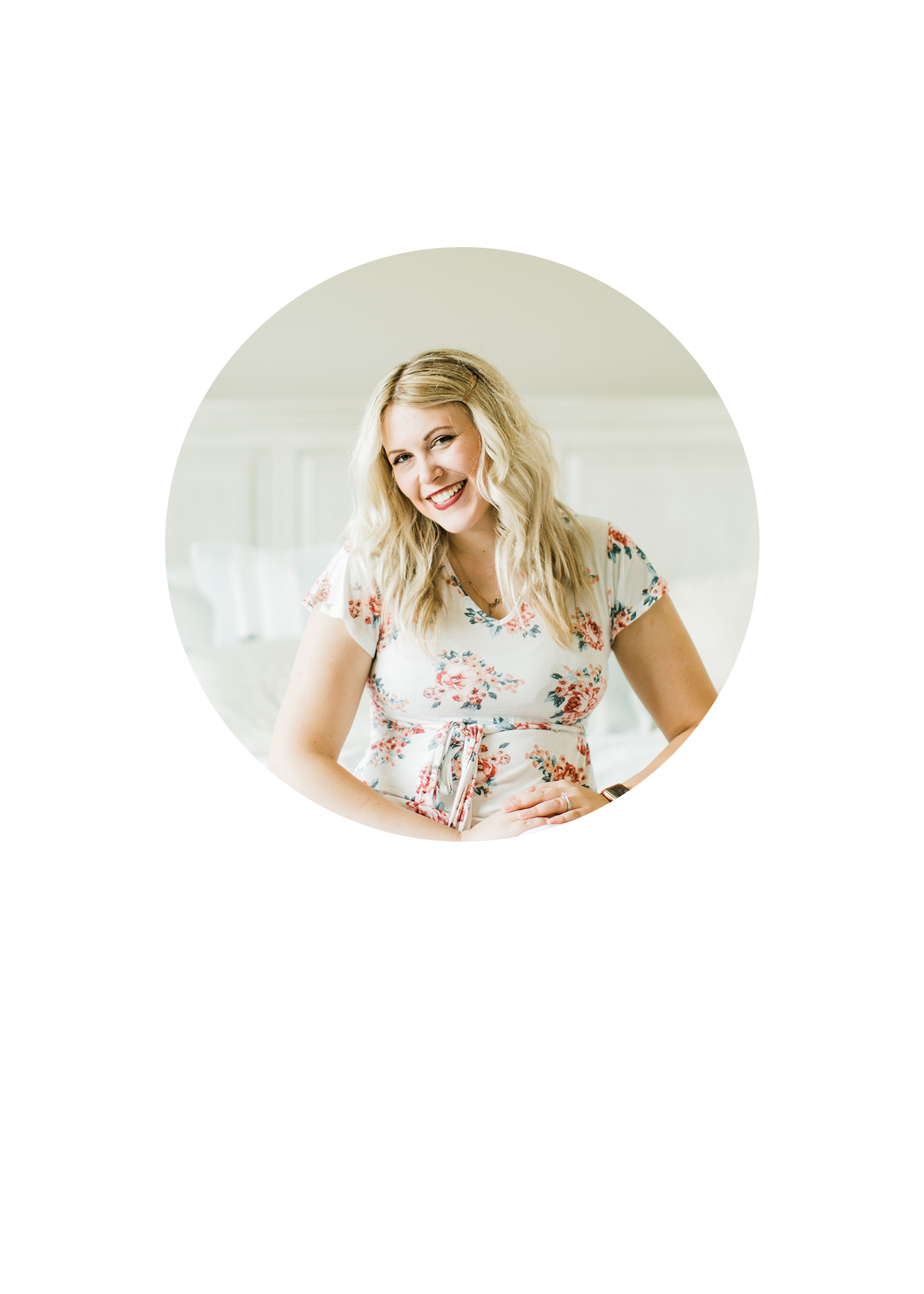 All art in this post is by Kierra Butcher (@kierra_b_art)

When you have a miscarriage you have two options: to pass the baby at home naturally or to have a D&C.

A D&C is is a brief surgical procedure in which the cervix is dilated and a special instrument is used to scrape the uterine lining.

We asked 24 women what they wished someone would have told them before their D&C, here's what they said: 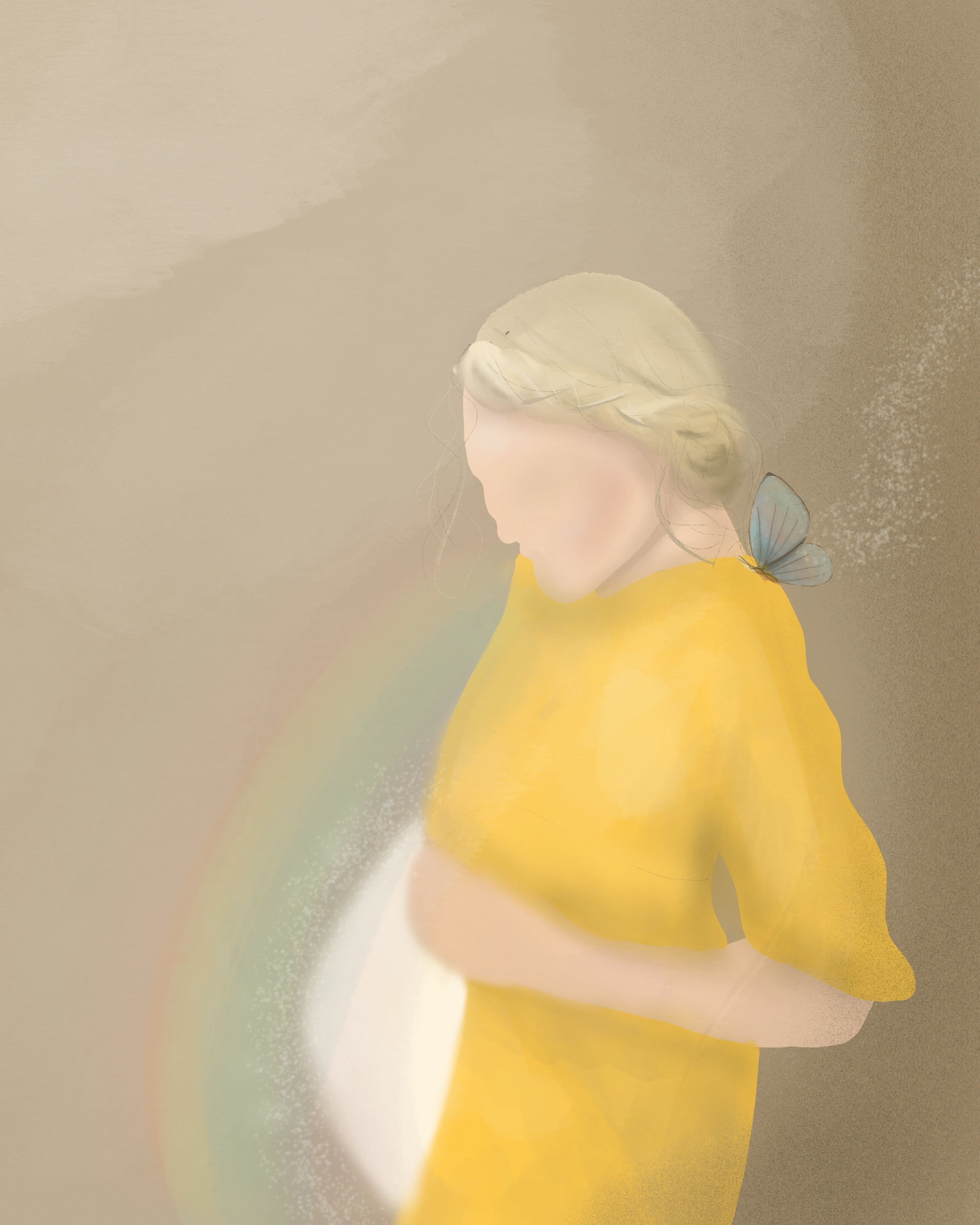 1. How traumatic the check in experience is. How many times you have to explain that you are there because your baby died.

2. Having to decide what to do with baby’s remains. I’m like couldn’t we have done this over the phone?

3.I hated that every time a different person came into our room they all asked why I was there. It killed me every time. I eventually just cried and ignored the question

4. I had to take a pill the night before that started the passing process. That was the hardest part for me because I knew if I took that pill that my pregnancy was over. I started bleeding within 20 minutes of taking the pill.

5. Also the follow up appointment a couple weeks after was pretty tough as well. More than I thought it would be.

6. The cost! No one tells you how expensive a D&C is especially when you had to pay infertility treatment fees to get pregnant. And then all the bills are billed separately— between the dr office, hospital, radiology. I hate getting them in the mail as a reminder

7. Emergency D&C or D&E will wipe you out for weeks. Rest. Rest. Rest. And take care best you can to start healing physically. Ask for help - you will need it.

8. Make it your last option if you have just a few weeks... I have had 2 D&C and 2 natural miscarriages and I prefer the natural way even though it's not easy and it could be painful but I think it helped me mentally and emotionally to go through my grief and I recovered faster. If you want a D&C anyway or you have to... talk to your doctor about the potential risks and make all the questions you could have... there are not silly questions and you need to feel safe all the time. After the procedure rest A LOT! take it easy for a few weeks because your body and your uterus needs to heal (like any postpartum). Be careful with what you eat to avoid bloating, stay hydrated and watch carefully the amount of blood you could lost after, don't take any weird and constant pain for granted. You need to have check ups afterwards to confirm your uterus is clean and your hormone went down. Also a very important thing... It's difficult but do an effort to don't blame your body! Instead be thankful with him because he does a lot for you. Look for emotional support and psychological help... You are not alone! ❤️ 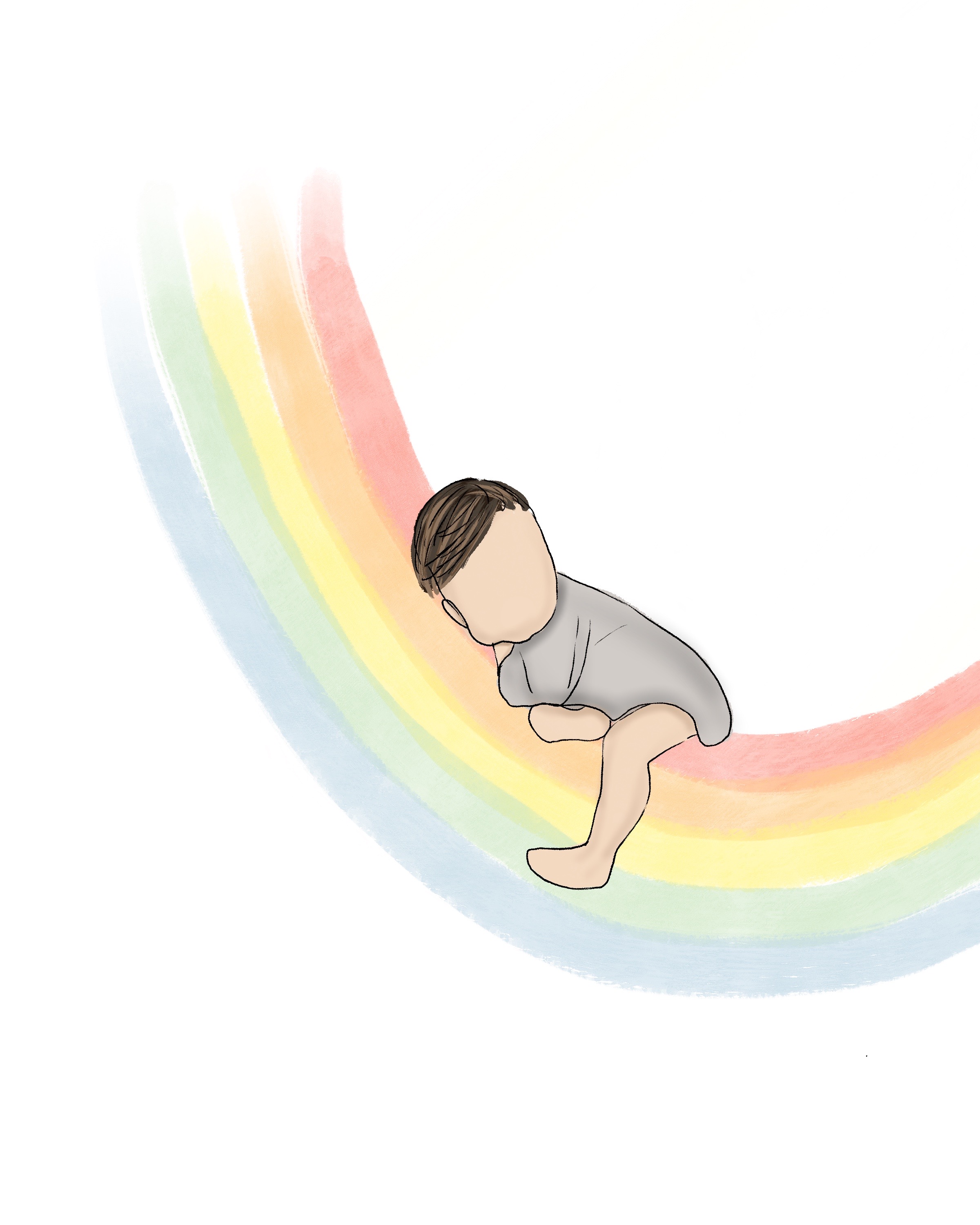 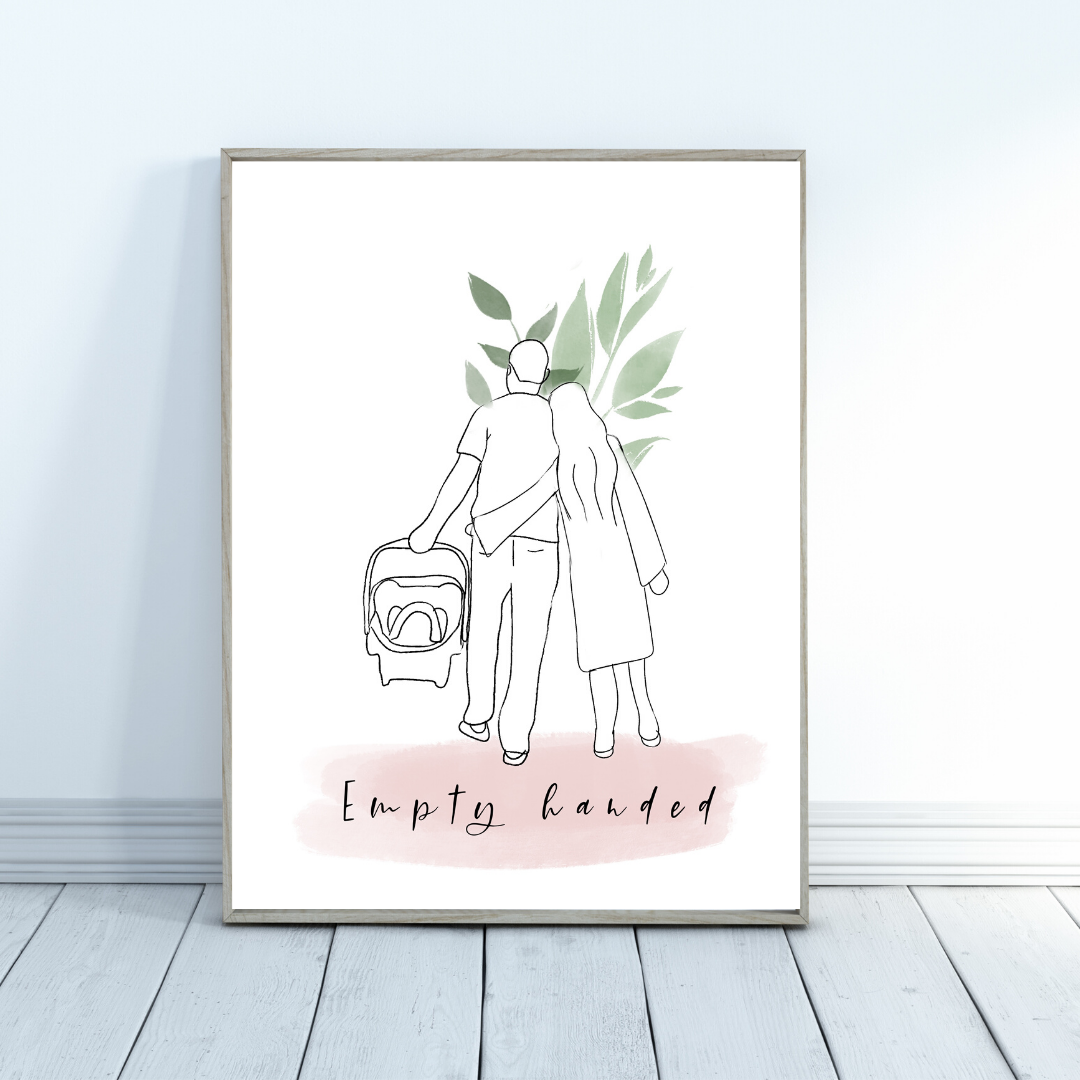 9. Try to prepare yourself mentally for the sudden and forced realization that you will leave without your baby. I struggled with that terribly when I first entered the operating room. The 2nd one was a bit easier because I went in more mentally and emotionally prepared than with my first. It's not easier per say but it does ease the intensity.

10. 10. It’s something, as already said, that we cannot be prepared for. I’ll share my experience because not many have the same but I couldn’t find anyone to relate to. My first pregnant was ectopic due to a 13cm fibroid in my uterus. My procedure was supposed to leave me with a 2% chance of getting pregnant. When I found out I had a positive test I cried tears of joy. I knew I was pregnant in February but confirmed in March. My doctor wouldn’t see me until the second week of April. My D&C was due to an invasive molar pregnancy. My baby never formed, just the placenta. My ultrasound was empty of a human but full of what they call “grapes.” My beta HCG rose through the roof right before my procedure. Was vomiting for 24 hours and went to the hospital before I was scheduled. My molar pregnancy spread to the muscle of my uterus and my doctor told me I would start chemo therapy on the operating table just seconds before I went under and had to sign off on a possible hysterectomy. I didn’t have time to process. The only thing I said was “It’s too late to have this baby, just try to save my life and my uterus so I can try again.” The moment I woke up I was given ice chips and asked to roll over. It was at that time I was given my first round of chemo. I wasn’t even awake. It was painful. But in that moment I said thank god I’m alive but again my child isn’t. My doctor thought they got everything but they didn’t. I went home that night to a boyfriend and his daughter. I was still vomiting but starving and thirsty. For the next several days I had to cry silently staying strong for his 6 year old. He brushed me off and my friends were all upset I was pregnant anyhow. I still haven’t told my family. I can’t say how to prepare because I’m still going through treatment. I just pretend that if this baby would’ve formed he might have been so Ill he wouldn’t even know my name.

11. I cry daily. If I wouldn’t have tried my baby wouldn’t have been killed. It’s my fault he didn’t form. But it’s not my fault. So it’s ok to cry. We need to be able to let it out. And to find people who we can talk to. Every time I see a child, hear a child it hurts. It has for years. I’m still bleeding to this day which is “normal” during chemo. Still watching what could’ve been my baby be thrown away. Staying positive is the hardest part. Still feel impossible to move on. It’s tough ladies. But your life will be the way it’s supposed to be. You will be ok. This is not your fault. Don’t blame your self anymore. Don’t ever blame your self. Let out the pain. Let out the emotion. Let your self be sad. You will get through this. We all will, together. ❤️

12.Your first period will be super crazy weird. I bled for 4 weeks for my first period. Totally normal.

13. I know this may not be the best course of action for everyone, but I had DNA testing done on our baby after the miscarriage. I found out that our little one had Trisomy 9, which is incompatible with life and that’s why I miscarried. It was expensive, but helped my healing process to know that it wasn’t my fault or something I did wrong. 💜

14. I know this may not be the best course of action for everyone, but I had DNA testing done on our baby after the miscarriage. I found out that our little one had Trisomy 9, which is incompatible with life and that’s why I miscarried. It was expensive, but helped my healing process to know that it wasn’t my fault or something I did wrong. 💜 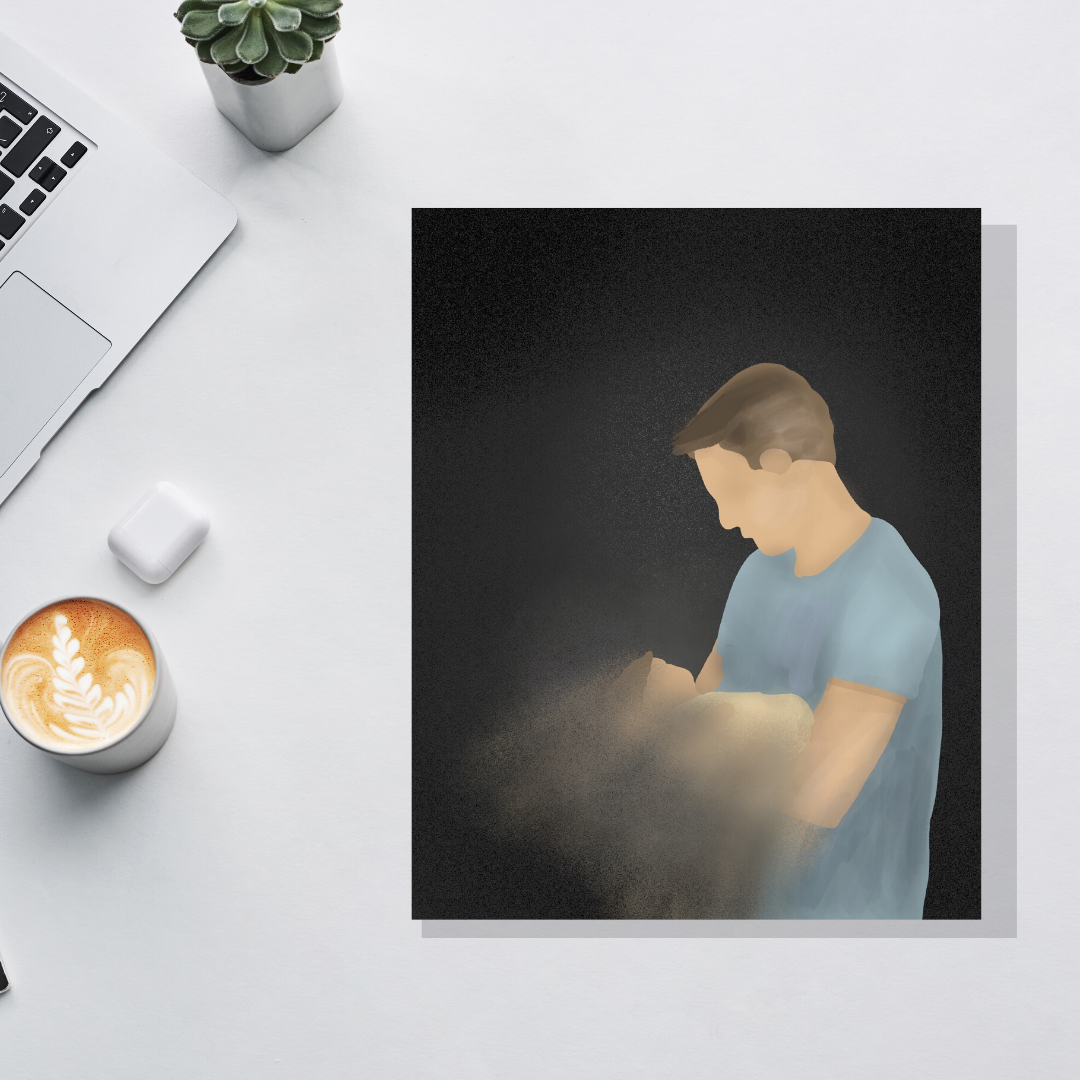 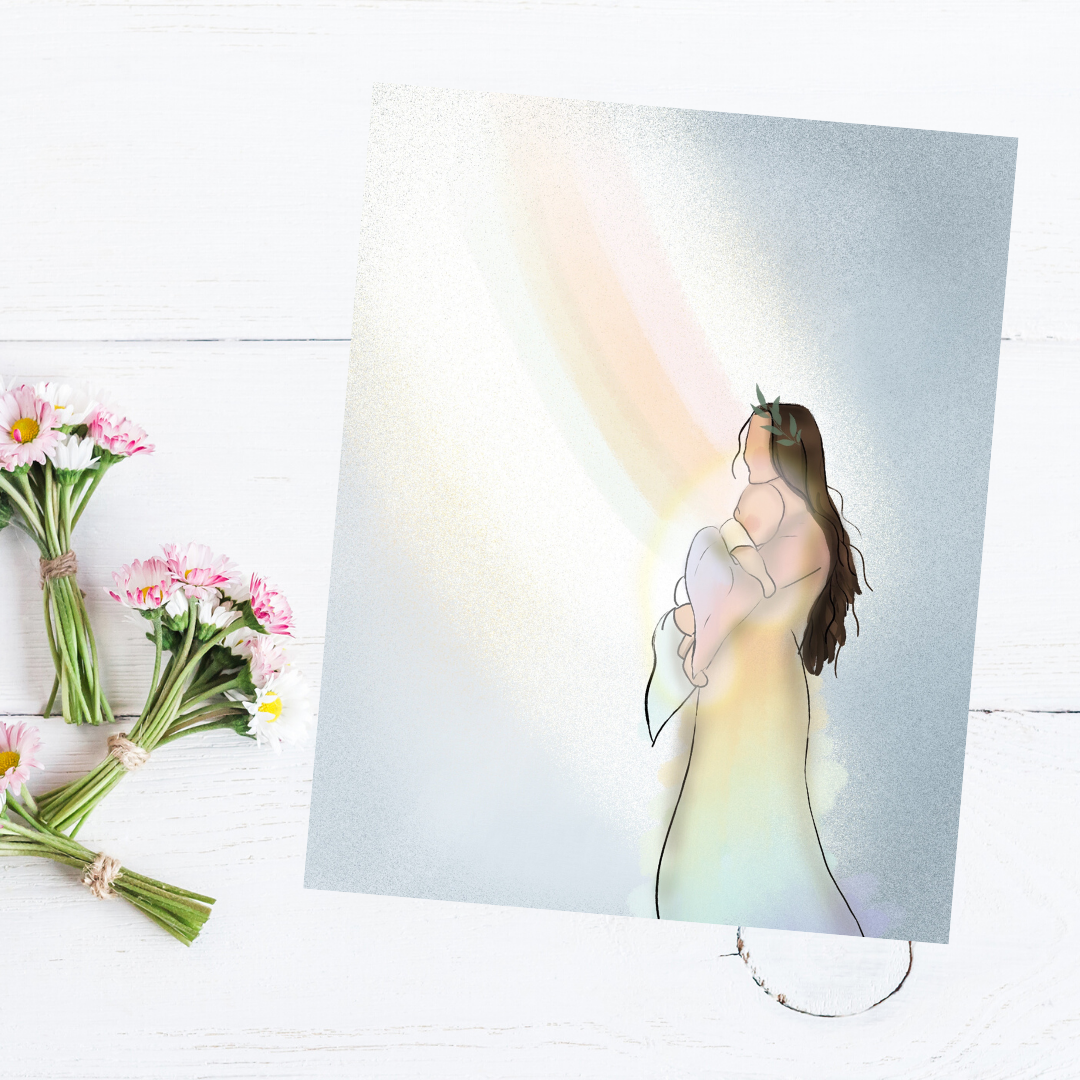 15. I didn’t expect to have so much gas pains. Weird but it was one of the things I struggled the most. I was extremely emotional in recovery too. I had multiple anxiety attacks when I woke up. I also wasn’t prepared to deal with PPD afterwards but I definitely struggled but had no idea what it was at the time.

16. Waking up crying from knowing my baby was gone. I've had 4 d&cs, each of them very different from the other. But my d&c in march of 2018 was the hardest one knowing i just saw the heartbeat of my sweet baby to waking up bleeding the next day to going and getting a d&c.

17. That you will be recovering on the same floor as people who have given birth which I feel was extremely traumatic and wish I had known to mentally prepare...

18. This day may be harder than the day they told you their heart stopped beating or “there’s just no baby” because this day is when your child is removed from your body.

19.  To maybe bring headphones. The sound will forever haunt me. As if it wasn’t bad enough that they are taking your baby out of you, having to listen to them doing it gave me PTSD just thinking about it.

20. Allow yourself to feel whatever emotions you want to, don’t answer your phone if you don’t feel like talking to people, and do not listen to anyone who starts a sentence with the words “at least...” also not sure if this happens every time but they put a tube down my throat and that sucked, I never had that for any other surgery so it took me by surprise. Also there is a very large and amazing community who you can reach out to if friends and family don’t understand what you’re going through 💙

21. Even though I knew my pregnancy had ended before the D&C, I wasn’t prepared for the emotions that came after it. It was like a second grieving. And it doesn’t get any easier when you have multiple D&Cs. You grieve just as hard even though you know what’s coming. 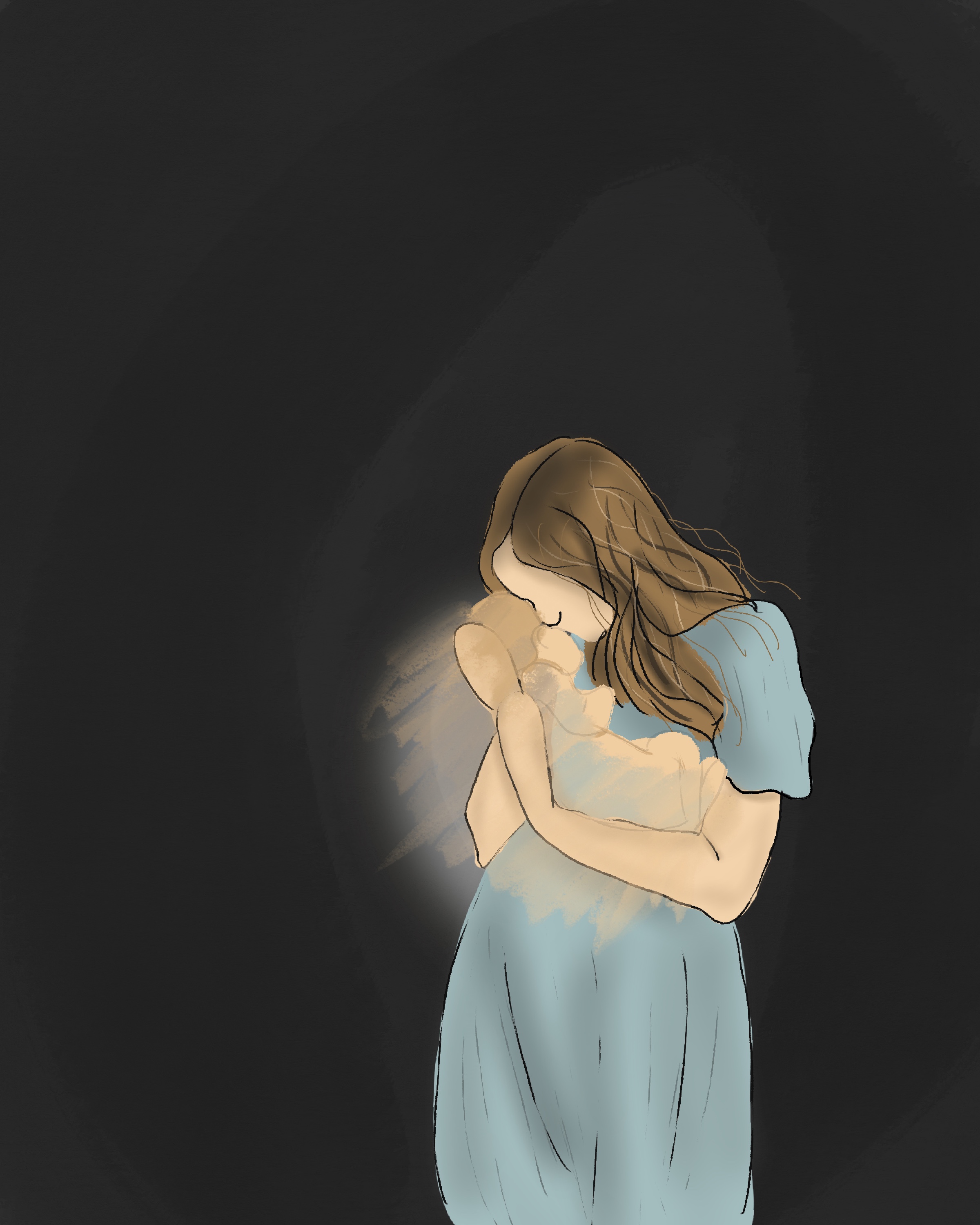 22. The cost and the fact that on the insurance claims they can mark it as a missed “abortion”. It is absolutely gut wrenching to read those words and I wasn’t warned at all. 💔 Also, just the immediate feeling when you wake up and know your baby is gone. 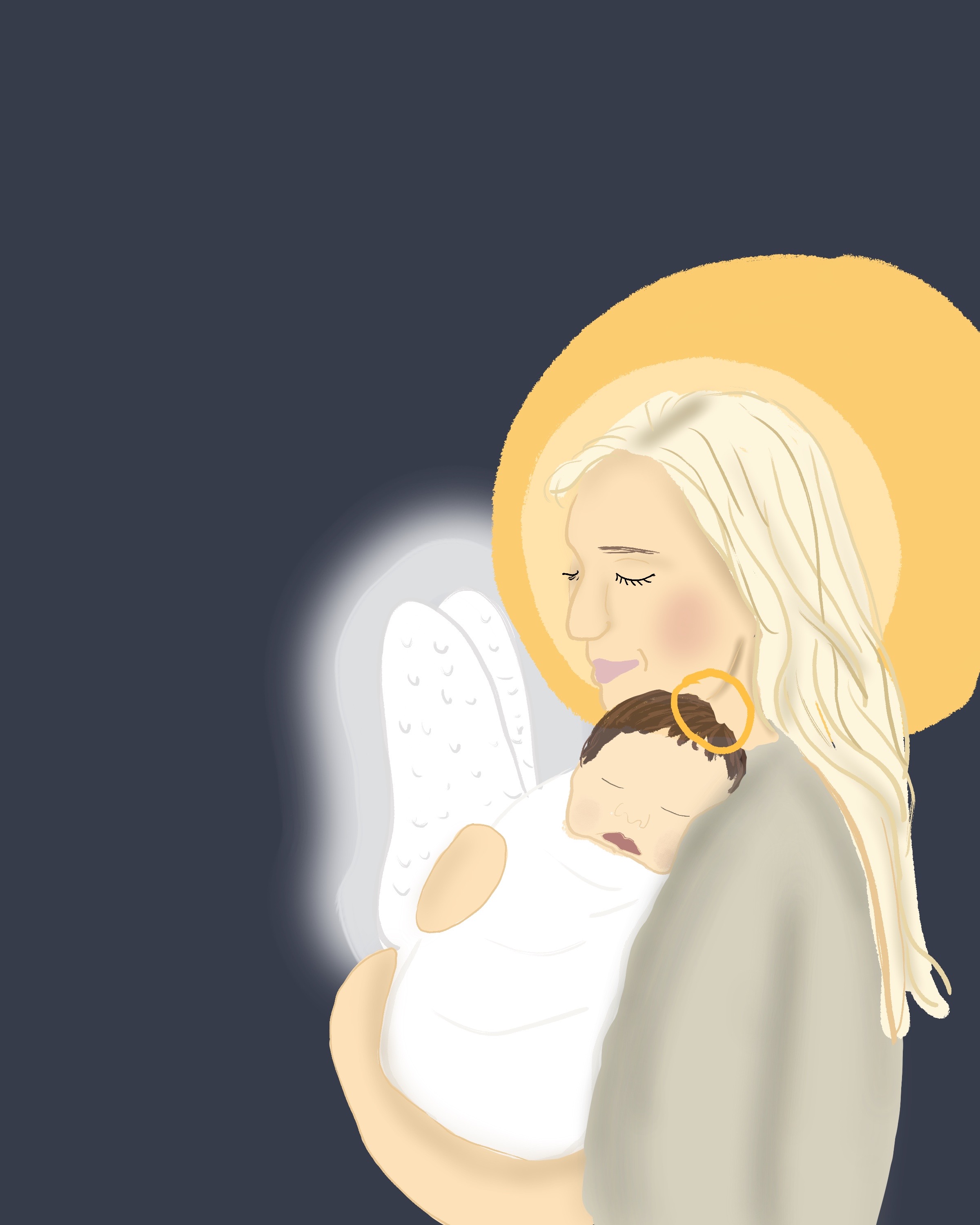 24.You’ll still get positive pregnancy tests for weeks after, so try to refrain from taking them. It sucks getting a positive when you know you aren’t pregnant anymore.

It might just be what someone is praying to hear right about now.

It was a traumatic experience for me, I don’t think I want to fall pregnant again. I can’t even get intimidate anymore.